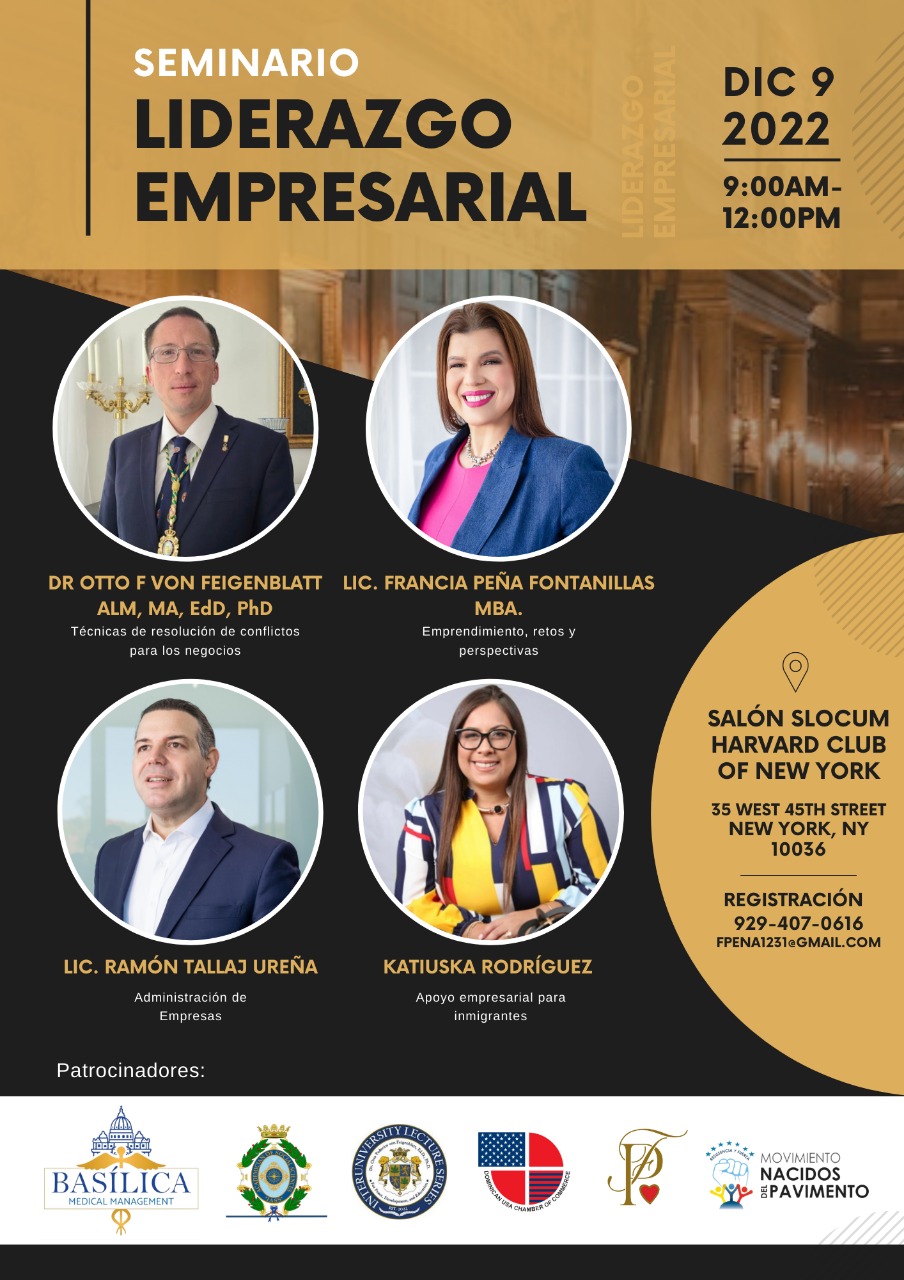 H.E. Rodrigo Borja, 36th President of Ecuador joined the International Academy of Social Sciences as a numbered academician. The ceremony was held on the 10th of November, 2022 at the National Assembly of Ecuador as part of the Magistral Session of the "Dr. Otto F. von Feigenblatt Interunviersity Lecture Series for Peace, Development, and Education". The President of the Academy presented President Borja with the medal and brevet as part of the solemn ceremony. The event was attended by several university rectors, parlamentarians, and other local notables. 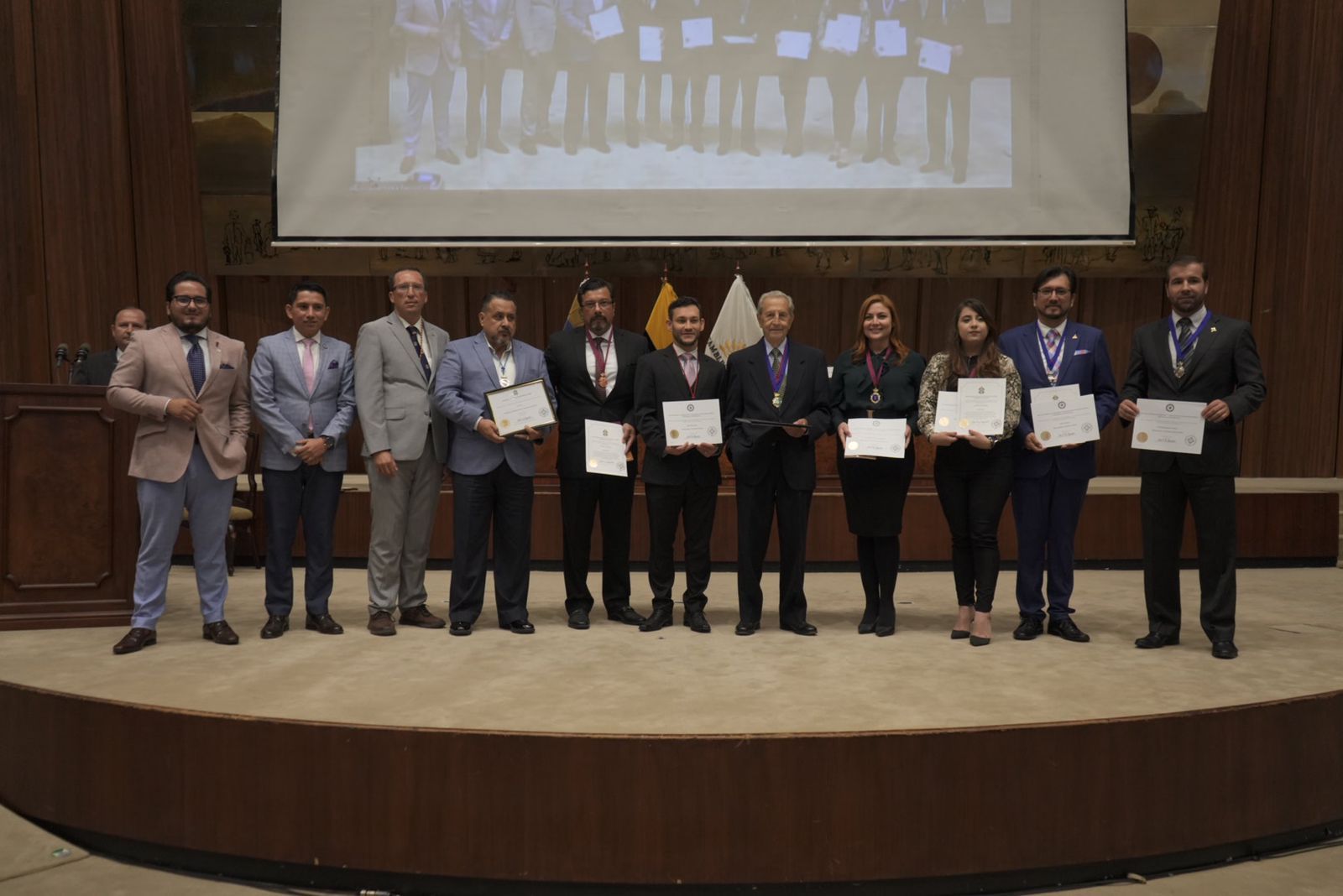 Call for Papers for Special Issue

Trans-Pacific Partnership [TPP]: Is it Alive or Dead?

When the General Agreement on Tariffs and Trade [GATT] of 1947 was transformed into World Trade Organization [WTO]; 1995, it was believed and committed by the signatories that the purpose of creating WTO was to promote ‘multilateral trading system’. As a result, the concept of ‘regionalism’ was kept at the low ebb. As the time passing out, it was realized by the member nations of WTO that MTS had failed and accordingly the concept of “New Regionalism] emerged out. The member countries started creating trading blocks to maximize the benefits of trade. The main contributory factor responsible for the emergence of ‘New Regionalism” was the failure of Doha Development Round. This was the turning point in the annals of world trade in general and WTO in particular.

The concept of regional integration has been gaining momentum with faster pace. This is because the dynamics of the multilateral trading system have been fizzling out. Accordingly, regional trade agreements [New Regionalism] are multiplying at an unprecedented rate. There is a saying that many national markets alone are simply too small, for trading goods, attracting investment, stimulating innovation and keeping themselves competitive. Beyond trade and market integration, there are many other contributory reasons to bundle forces at the regional level and then integrate themselves. In terms of Political Economy, it makes the sense to strengthen the relations with your neighbouring countries as this interdependence reduces the incentives for conflict which is on the rise.

In the history of regional integration, the big mega regional trade deal, having far reaching effects, impacts, consequences and implications to world trade in general and multilateral trading system and World Trade Organization in particular was Trans-Pacific Partnership [TPP]. This, mega trade deal was initiated by the United State of America wherein 11 countries came together. The deal was signed by the countries on February 4, 2016. In 2017, the United States of America withdraw its membership.

The TPP is covering large economies in the Asia-Pacific region, and trading block may have a considerable influence on the regional economies of Asia and Pacific. The TPP has significant share in the global economy [13 per cent GDP and 20 per cent of global trade and 500 million of global population]. Keeping in mind, the significance of the mega regional trading deal [TPP], there are many questions that required logical answers. This is why, there is an immediate need to carry out a special issue to transform myth into reality.

Why Special Issue on TPP?

Almost 06 years have passed out of TPP creation, every academia’s; trade economists and policy maker are keen to know the impact, implications and consequences of the TPP on the global economy in general and world trade and the role of WTO in particular. The special issue will measure the economic impact of the mega initiative along with the economic feasibility. The special issue may go further to investigate the implications to member nations in particular and non-members in general of TPP. Academicians; trade analysts; policy makers and trade organizations will be invited across the world to measure economic gains that are arising out for the member countries in particular and global economy in general. The issue will also examine how much and far the TPP has achieved its prime objective for which it was established.

Tentative topic to be covered: -

Multilateral Trading System and its failure;

Why the need for TPP felt?

Conceptual explanation of the emergence of TPP;

Emergence of New and Open Regionalism in Asia and Pacific;

Measurement of impact of TPP on global trade;

Role of WTO after emergence of TPP is it expended or contracted;

Why the USA withdraw from the mega deal?

Should the USA again joint TPP?

Is TPP may affect the working of RCEP especially after the January 1, 2022 or other way round?

Time frame for the Issue:

• Publication of special issue in January/February 2023;

The contributors/authors may send their respective research papers to the Guest Editor, Prof. Dr. Badar Alam Iqbal; Adjunct Professor; Monarch Business School; Switzerland; at any one of the following Email IDs: - 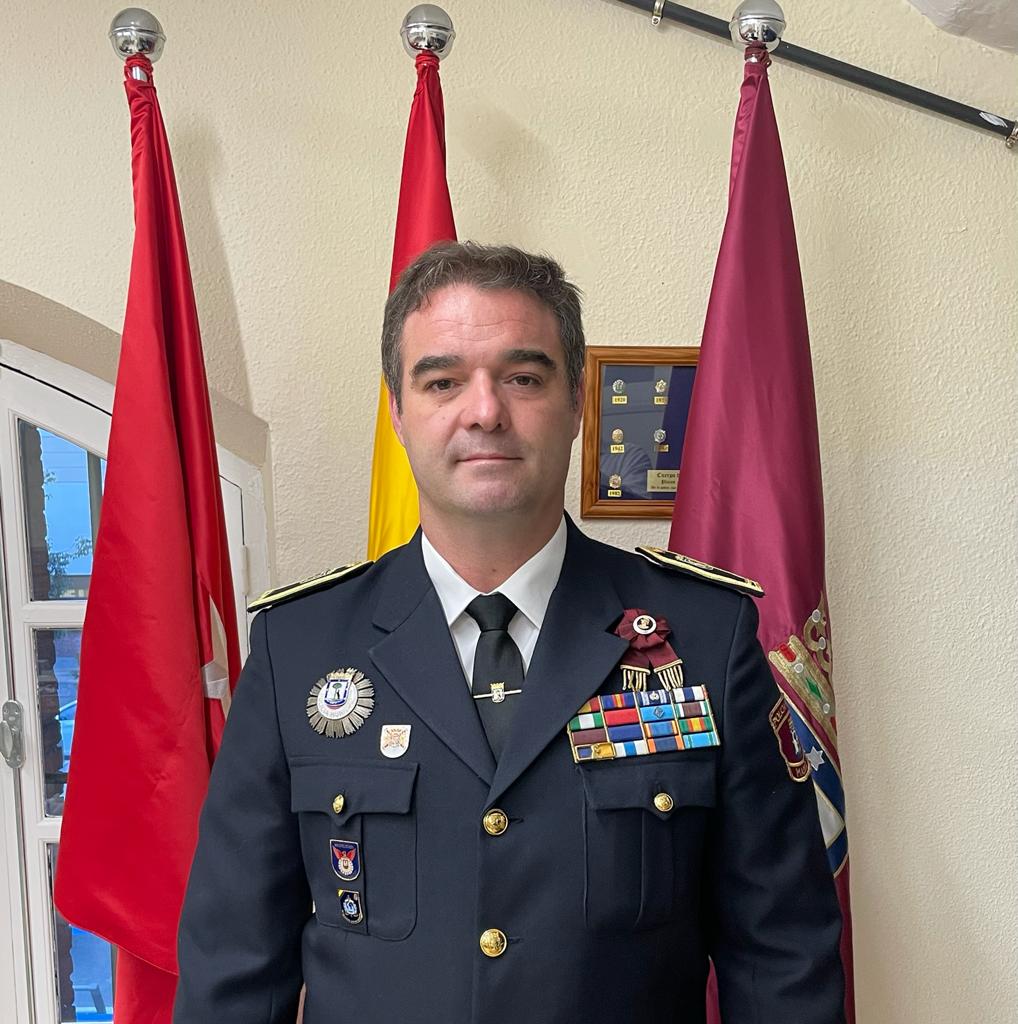 Pins are now available for all membership levels

Pins are now available for all membership categories. Insignia is an important way of showing membership in an organization. The International Academy of Social Sciences is a learned society and thus membership is an honor and a privilege. Members can contact [email protected] for more information about the new design of the pins. 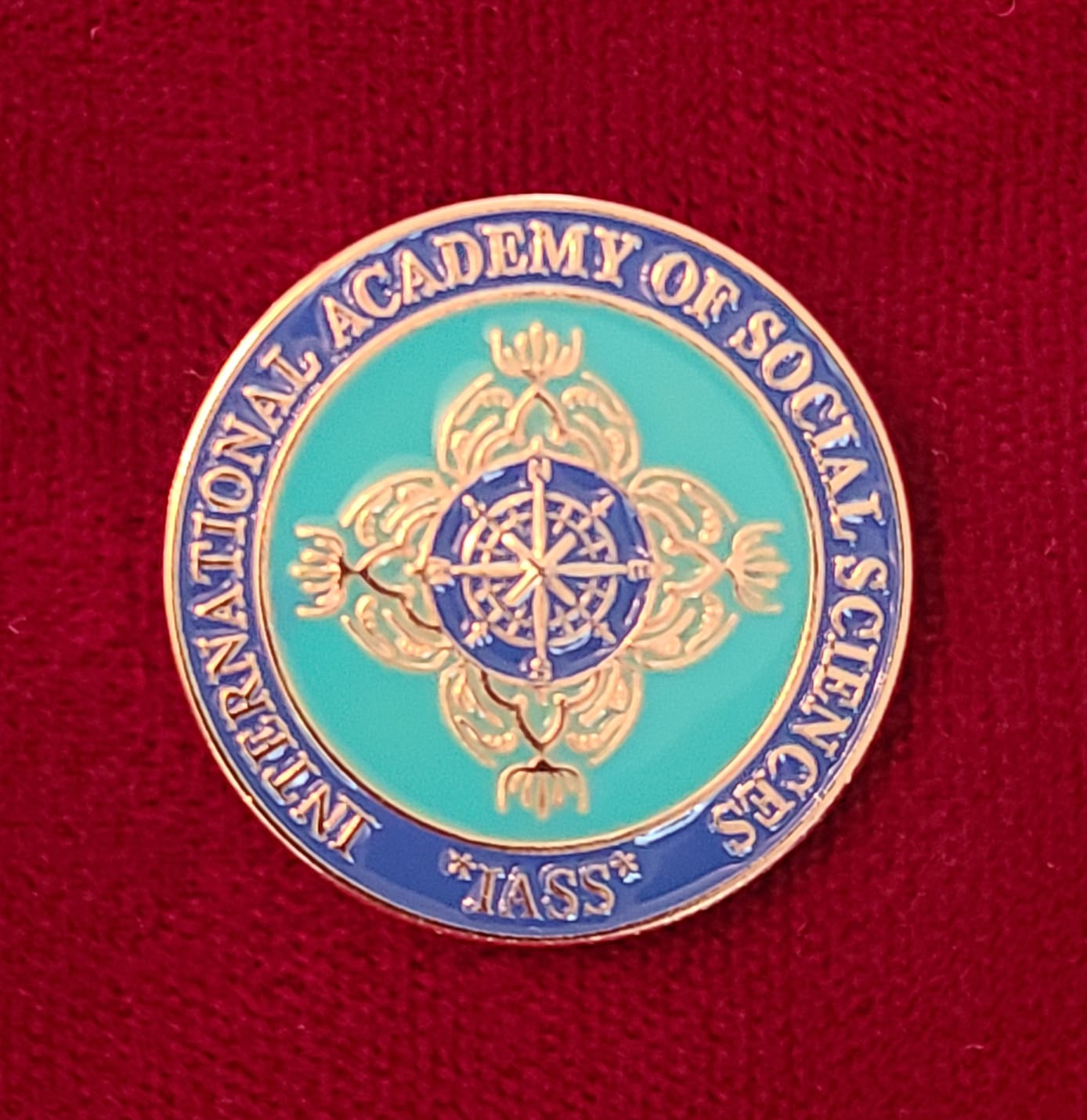 The International Academy of Social Sciences participated in the solemn opening of the academic year of the Royal Academy of Doctors of Spain. Held at the iconic main auditorium of the Universidad Complutense, the event included the attendance of five university presidents and a wide array of government representatives. Professor Otto F. von Feigenblatt, Academician of Honor, highest rank of the Royal Academy, attended in representation of the International Academy of Social Sciences. 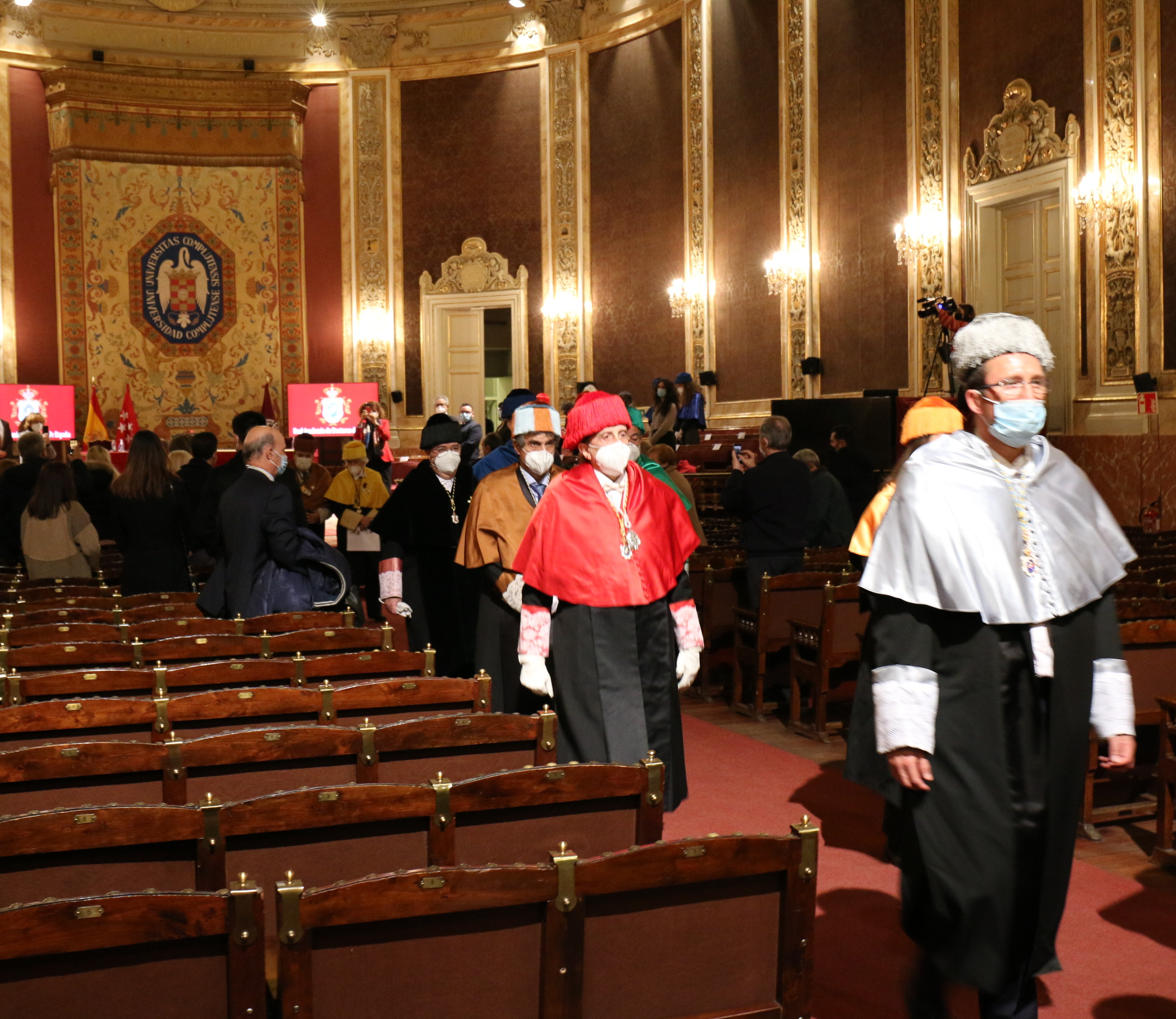 Joint Symposium held with the Royal Academy of Doctors of Spain

The International Academy of Social Sciences held a joint symposium with the Royal Academy of Doctors of Spain. Presided by Professors Otto Federico von Feigenblatt and Antonio Bascones, the https://japss.org/conference-madrid-january-2022" target="_blank">International Symposium on Culltural Management and the Role of the Intelectual in the Public Sphere featured a varied range of speakers from several countries. The event was held at the exclusive Real Gran Pena Club in Madrid on the 13th of January, 2022, and it included an art exhibition curated by Mr. Orlando Sotela of Antigono Gallery. 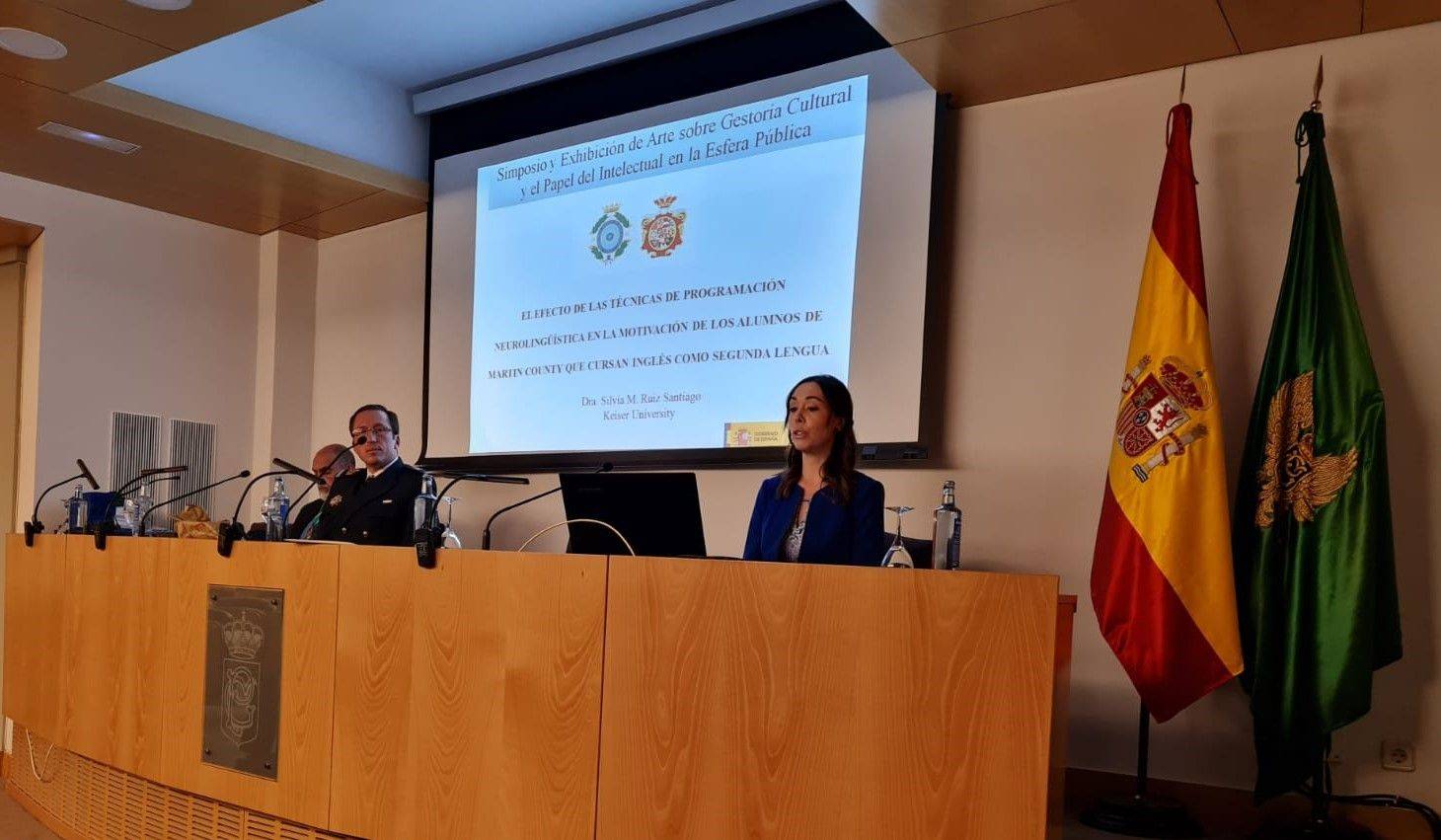